The title of the document

The title of the document

Ask An Artist Re: Hand Made Furniture

Better Than Goodbye by Alexandra Kay

Re: Hand Made Furniture

An internet friend of mine Judy Arnold who I socialize with on  Face Book is only one of many that are included in my network of artists and business owners and social sites that I frequent, which she made a statement in response to my post on Hand Made Furniture that resulted in somewhat of an article that I wanted to post here.

As most of you know who have had a chance to exchange emails with me I usually get pretty involved with my writing and as a result most of my emails end up being what appears to be a chapter from War and Peace as my business mentor had once told me. So rather than  leaving this response to Judy on Face Book I decided to post it here instead where I think it would benefit my readers.

Artistic Freedom and the Freedom of Expression

“Art – I sincerely respect your opinion on others work as well as I have a very high regard for your integrity. Reading the post about this man who may be somewhat reserved but a hidden treasure……..do you think he would be interested in having his work syndicated with us ? A thought, we are just starting to work on the designer resource areas and it appears that this idea would require your assistance if this possibility was of interest. Please let me know your thoughts on this…….
With respect. Judy” 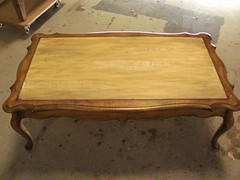 Yes Judy I am sure he wouldn’t object depending on the details of course. He does not want anything to do with the internet because he just does not want to have to sit in front of a machine all day. He is in his 60’s and has been creative his whole life. I tried to convince  him to start his own blog even after offering to build it, host it, and basically letting him use it for free.

His wife really doesn’t have a lot of internet experience either so I must respect that and have decided to approach this from a different avenue. There are so many artists who feel this way that remain undiscovered and have very unique talents that in such I want to help the ones that I run across through my networking. I am not actually looking for them because I am busy promoting my own business but when I meet that special person who’s passion is as strong as mine and that is just as honest and genuine is a very rare thing to run across these days.

and  it shows in the artists work.

I can spot it a mile away.

There is nothing worse than looking at something that is hurried and haphazard because of this way of thinking that in my opinion I would rather see something that may be contrived and over worked because of the lack of knowledge or maybe from stepping outside of a comfort zone which reveals the frustration and the struggle the artist experiences, which in turns brings their personality to the work . Vincent Van Gogh is a perfect example of this and how he faught with color until going to France and discovering the abundance of what he was missing. To me I would pay twice as much for the latter of the two evils in the art world than pay for the one that just looks “pretty” and shows no personality. I see this too often in the faux finishing and in the mural business where things just appear to be

“unfinished,  missing something, or haphazard “

personally I turn these kind of murals down because that’s what they are …..a job

Which brings me back to the purpose of this article and why I wrote it. It takes people who are passionate about the artists who create these master pieces who are the epitome of the proverbial “Starving Artist” struggle, because the artists that are truly passionate to the point of actually being obsessed with perfection will put money and costs completely out of their minds in order to finish their work to where they themselves can accept it enough to at least say it’s done when in the artists mind nothing is ever complete when it comes to their own work, (another battle between the left and right lol)

and remember if you want to know just

3 thoughts on “Ask An Artist Re: Hand Made Furniture”

This site uses Akismet to reduce spam. Learn how your comment data is processed.

Get Featured On “The Creatives Daily”

My Pick For Music

Have You Read These?